Much of St Martin de Belleville’s popularity with tourists can be attributed to the authentic Savoyard charm and character that comes from it being a truly traditional French Alpine ski village.

Differing from the commercialism of its neighboring, purpose-built resorts with modern, high rise buildings, St Martin has retained the look and feel of a much more traditional resort with narrow, cobbled streets and original buildings.
Visitors experience the best of both worlds; the beauty of a traditional Alpine village, and fantastic skiing, as the village is a gateway to the famous Les 3 Vallées ski area.

We have delved into the history of St Martin de Belleville to find out the key dates in the resort’s past.

Humans have been living in the area now known as St Martin de Belleville since the second stone age! There is evidence that the valley area where St Martin sits was inhabited as early as the second millennium BC with the discovery of Neolithic period tombs.

The first recorded instance of the name ‘De Belleville’ was found in a 1258 document. Before this, the town was named Saint-Martin-des-Déserts. The town is named after Saint Martin, bishop of the Tours – their patron saint and the ‘ville’ of Belleville is included to describe the ‘principal of a parish’ or a ‘cultivated and inhabited terroir ‘

A landmark of the resort and situated in the centre of the village of St Martin de Belleville, sits the 17th century village chapel Notre Dame de la Vie Chapel which attracts thousands of visitors each year. The church was first built in 1633 and features beautiful, traditional baroque architecture.

In 1949, the chapel became officially listed as a historic monument.

Before 1792, the parish of St Martin was shared between the Count of Savoy and the local Archdiocese. In 1772 the community began to separate itself from these feudal rights and became autonomous in 1792.

St Martin De Belleville was historically an agricultural village with around 20 surrounding hamlets. The inhabitants lived around the village in the hamlets and utilised the mountain pastures and forests in the valleys to breed and pasture animals.

However, at the start of the 20th century the town population began to decline. Residents, particularly the younger generations, started to leave in favour of the larger towns and cities, which were becoming more advanced thanks to emerging industries. By the 1950’s St Martin’s population had reduced from 8000 to 3000 inhabitants.

Due to its geographical isolation, the Belleville valley was slow to catch up and adapt to the economical and societal changes taking place post World War II. It wasn’t until 1953 that electricity was introduced to the area, bringing the village into a more modern way of life.

1965 – Tourism comes to The Alps and Development Plan Proposed top

In the 1960’s and 1970’s Alpine tourism started to grow in The Alps. The General Council of Savoie initially choose the Belleville valley to take advantage of this by setting up a Winter Ski resort but met resistance from the people of the valley. Courchevel was then chosen instead.

Whilst surrounding areas started to take advantage of the increased ski tourisem , St Martin remained a traditional village, isolated at the bottom of the valley. In an effort to modernise, St Martin De Belleville’s mayor, Thomas Jay proposed a study and development plan on increasing tourism within the town. This began a major change to the future of the Belleville valley and the lives of its residents.

In the 1980’s, the village was finally developed to accommodate the increasingly popular ski resort tourism. The surrounding resorts started adapting to the new phenomenon of Alpine tourism in the 1960’s and 70’s, making St Martin a late addition. St Martin was the final resort to join the Belleville ski area and during the development, a lot of care was taken to protect the village’s authenticity. The village layout and architecture was preserved by restricting the size of the development and the height of the buildings. New buildings replicated the traditional architecture of visible stonework and slate roofs, to keep the village’s traditional look.

These constant improvements give tourists more opportunity to enjoy both the traditional village and the great skiing of the surrounding area.

On January 1st 2016, St Martin de Belleville merged with the commune of Villarlurin to form the municipality of Les Belleville. This was later expanded to include another former commune – Saint Jean de Belleville in 2019

We believe we have some very special chalets to offer to our guests.

From our most luxurious duplex chalet with jacuzzi spa baths, steam shower and boot warmers to comfortable Alpine-style chalet apartments, sleeping between 4 and 12 people. All situated either with unbeatable ski-in ski-out location or within the heart centre of the village! 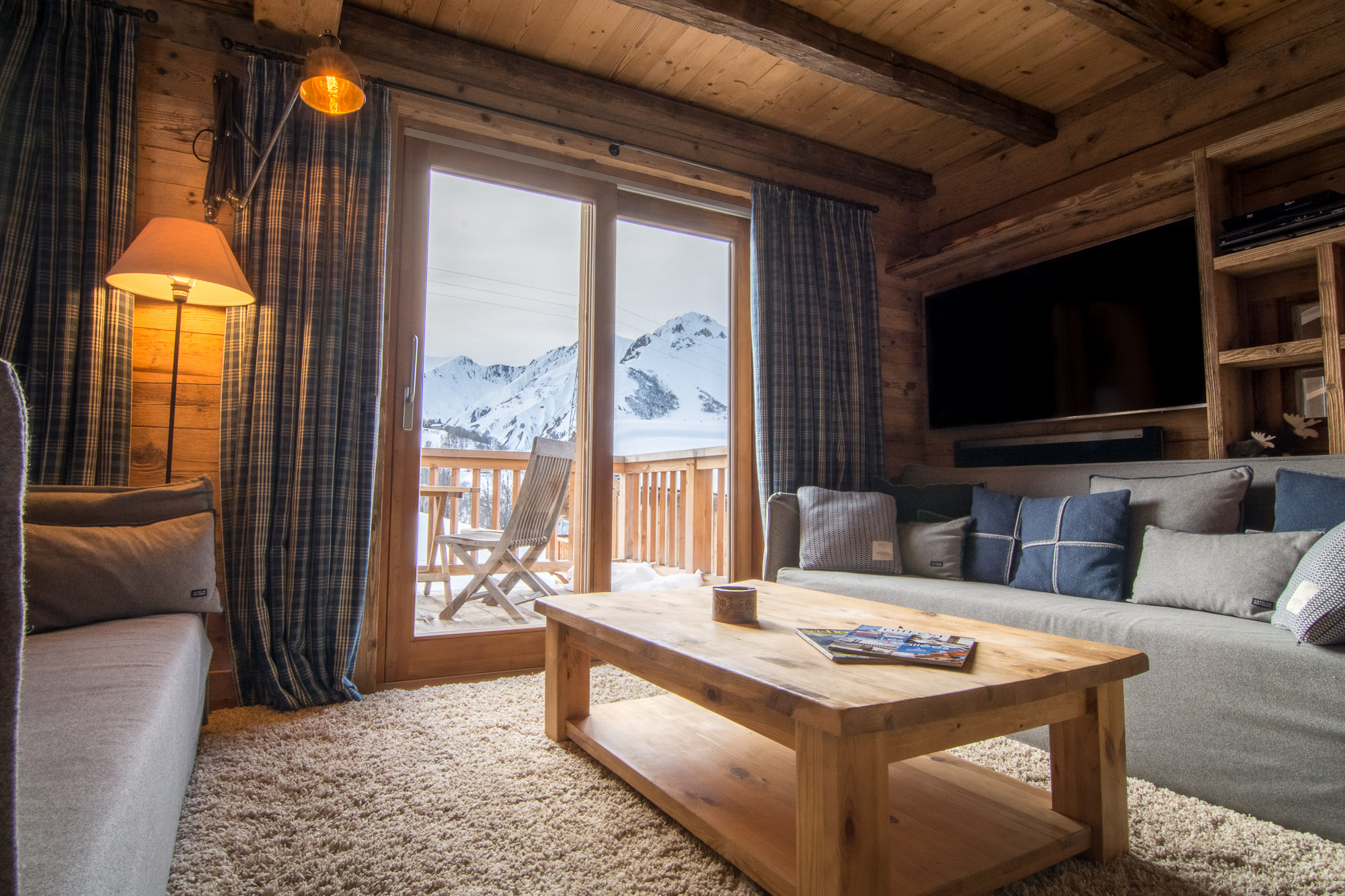 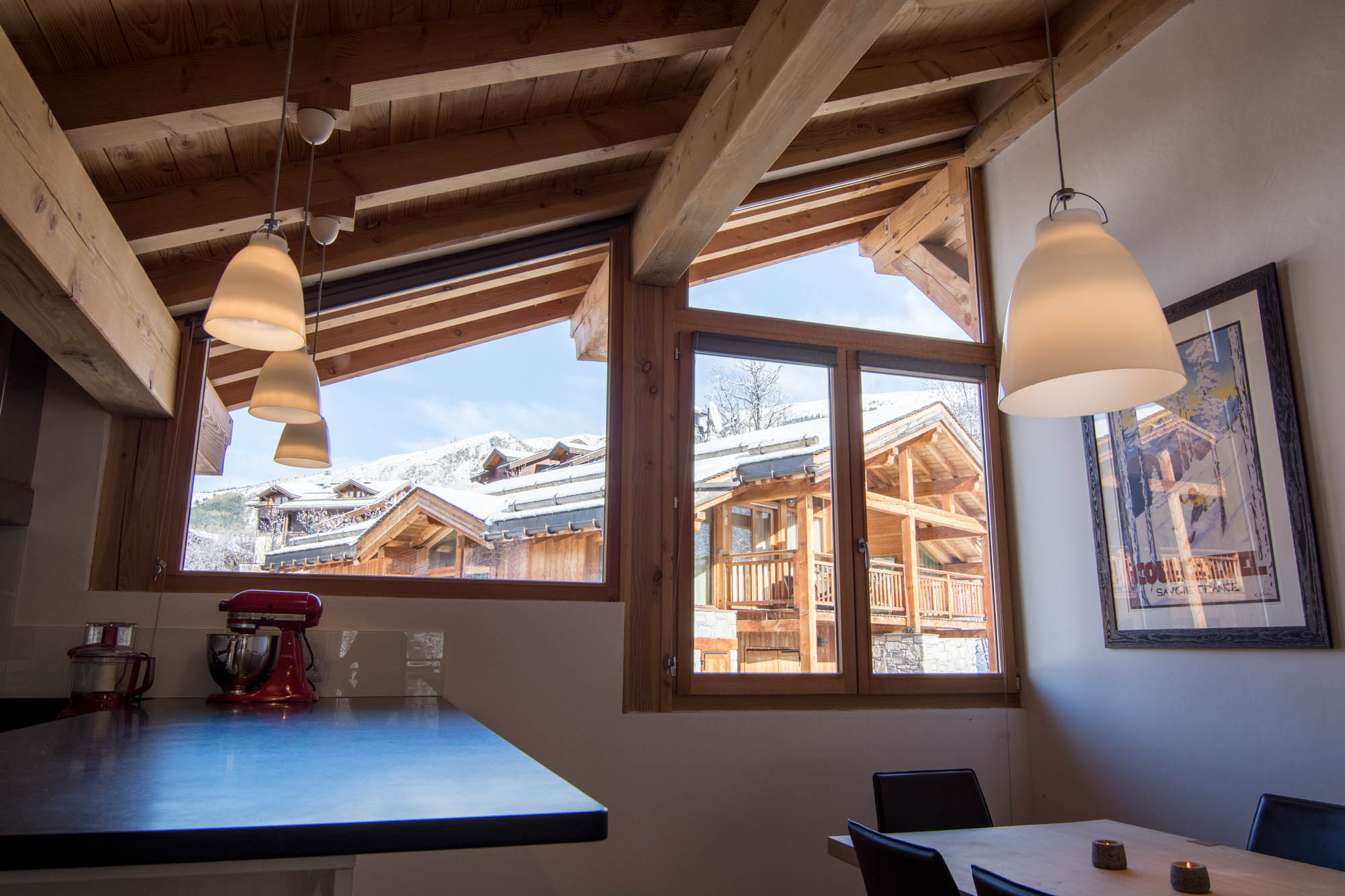 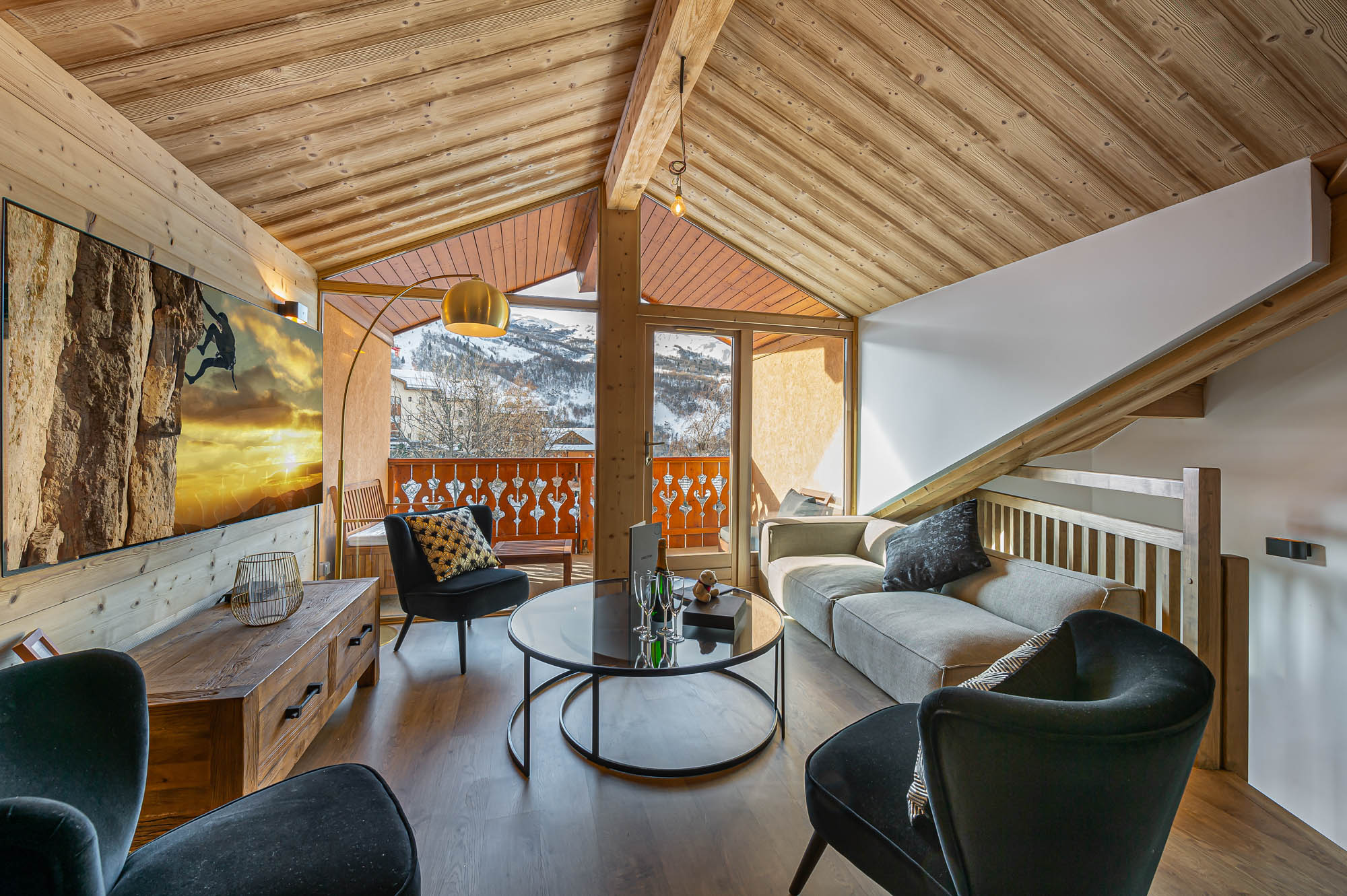 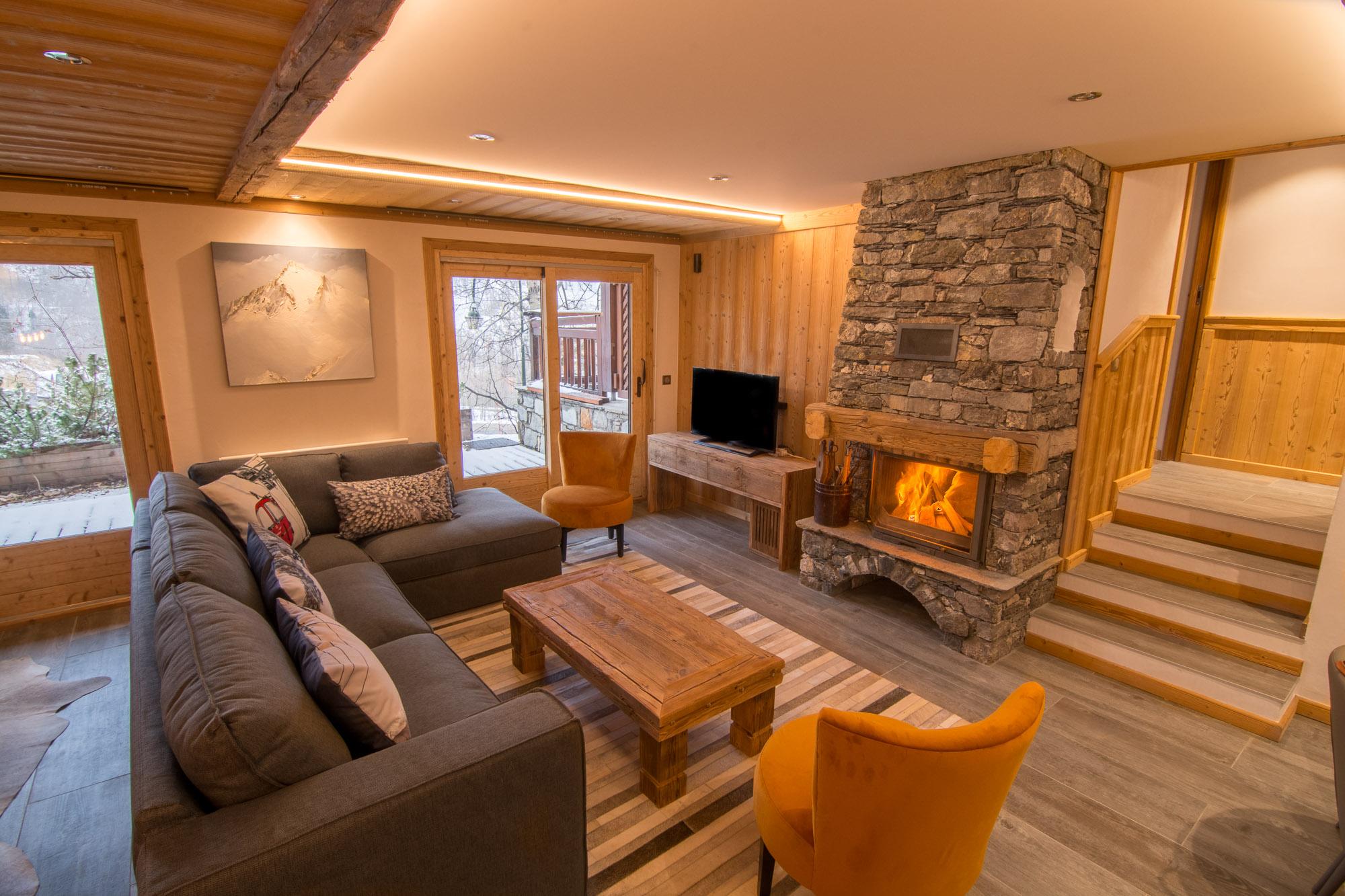 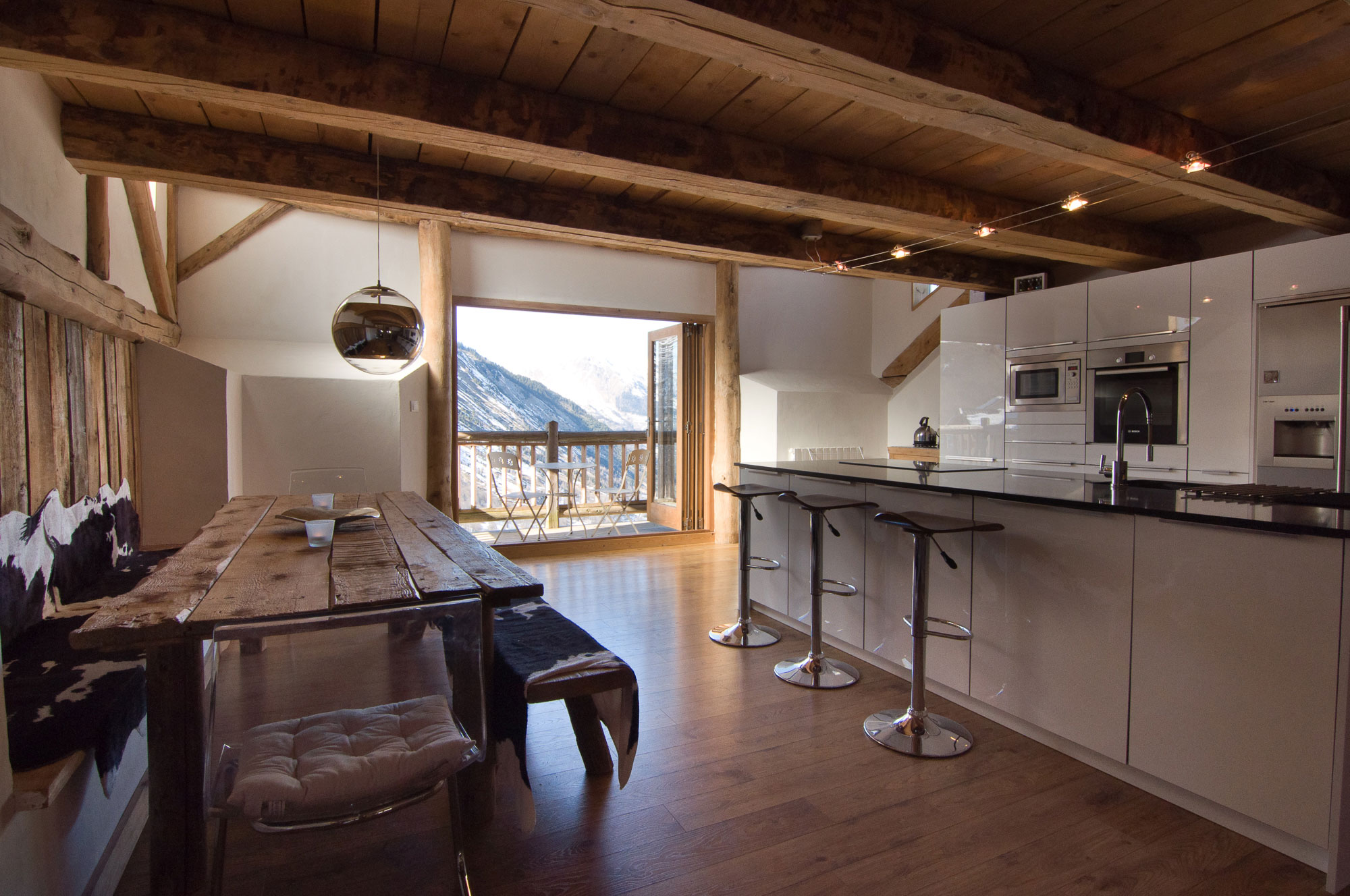 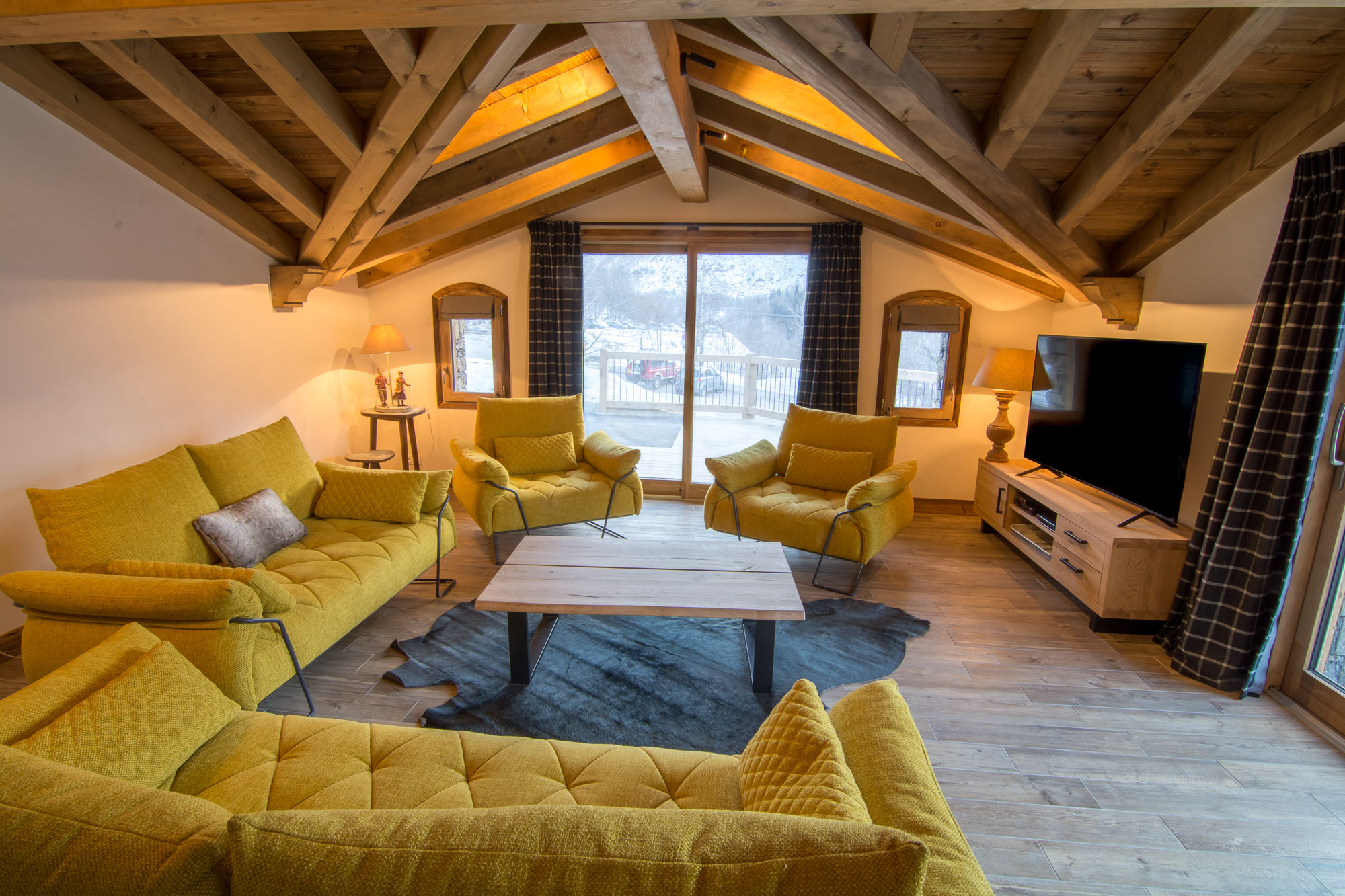 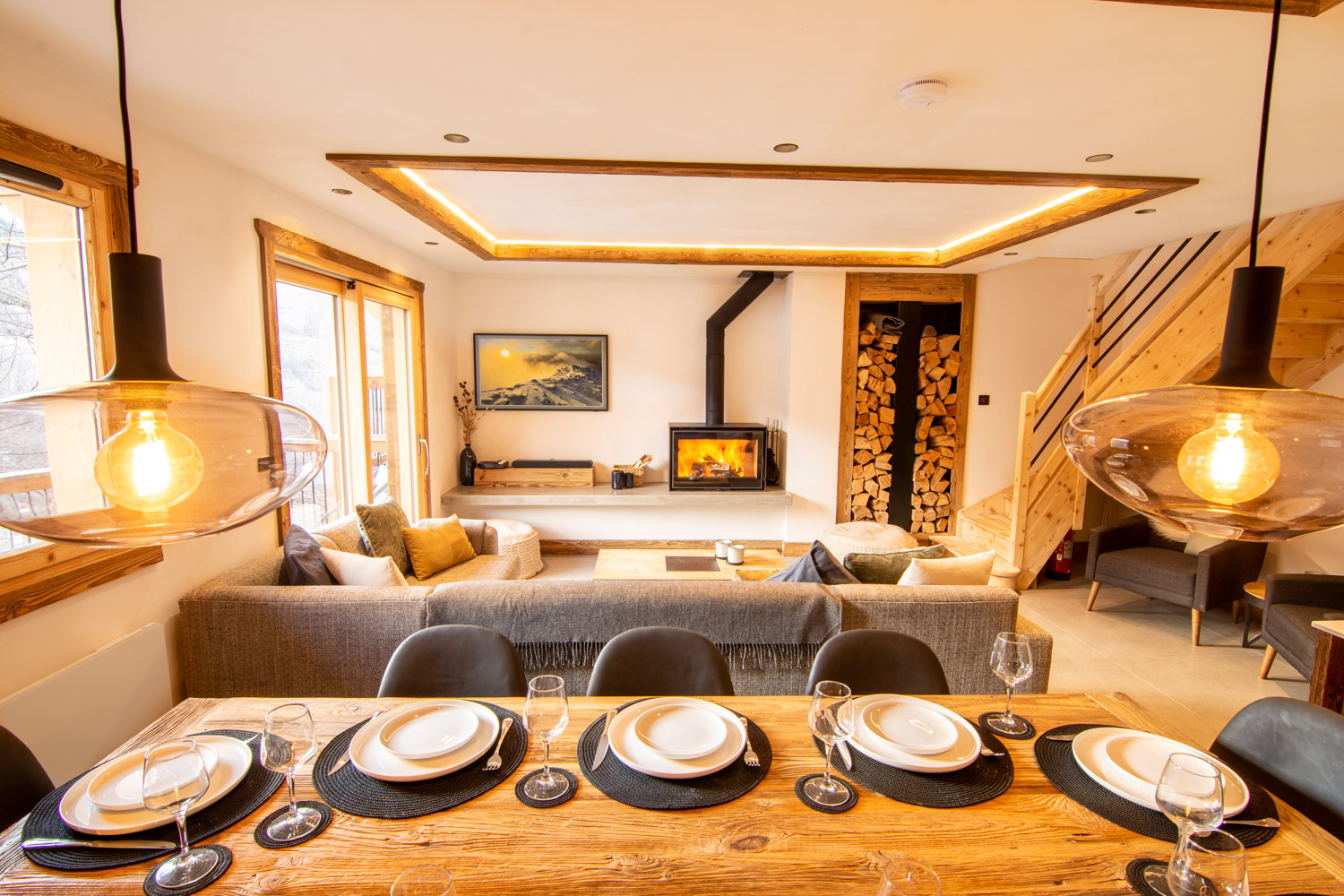 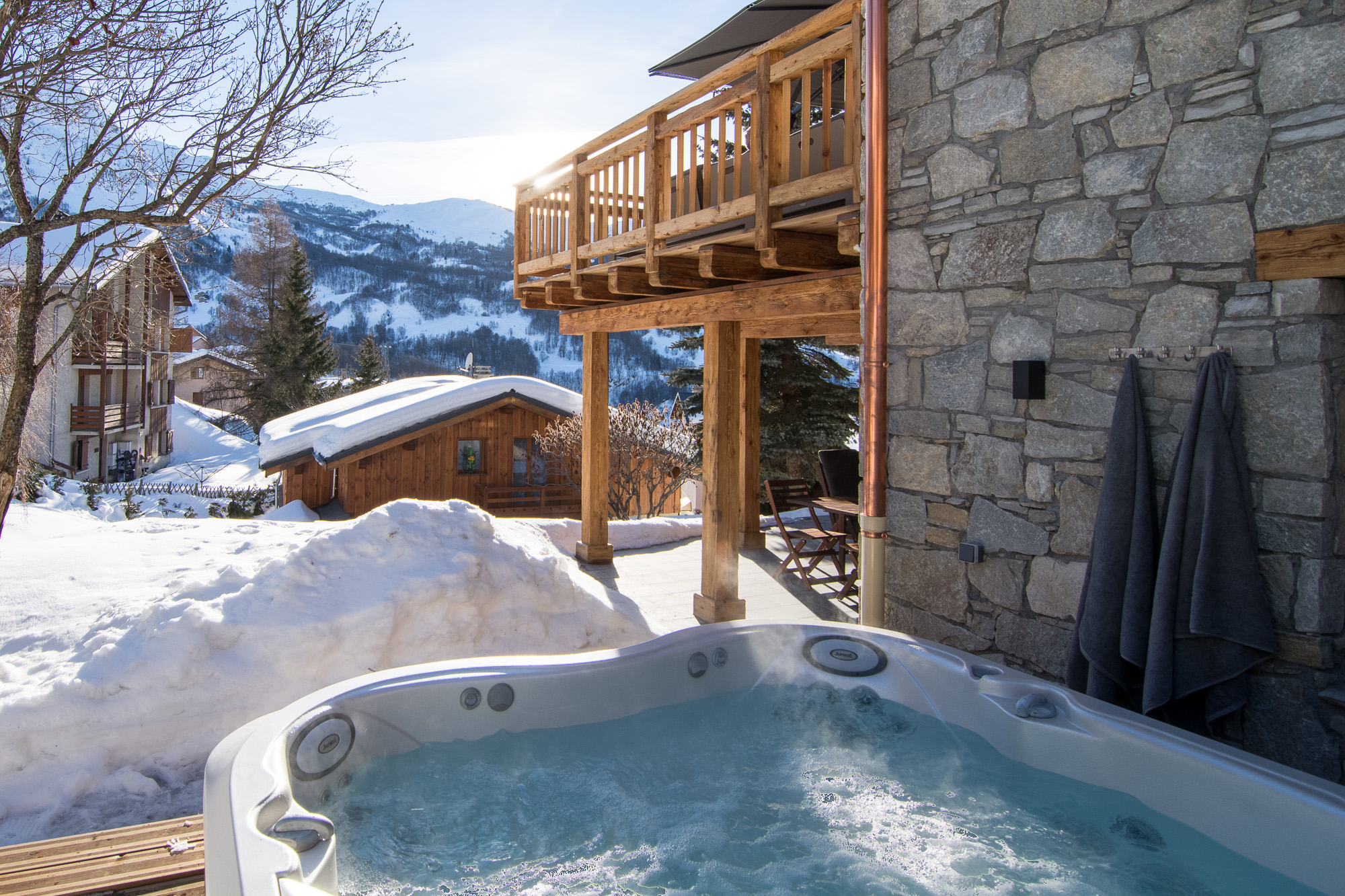 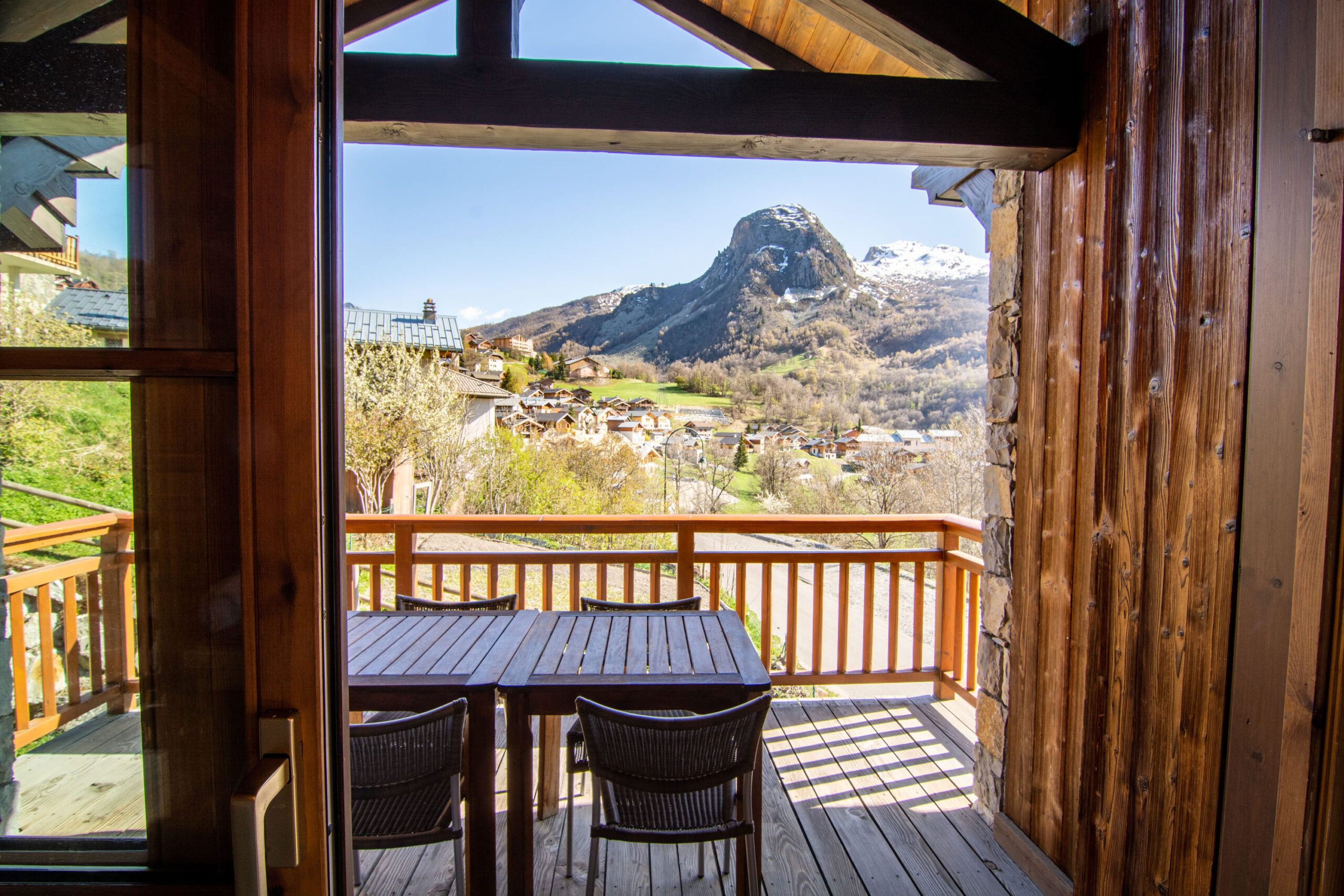 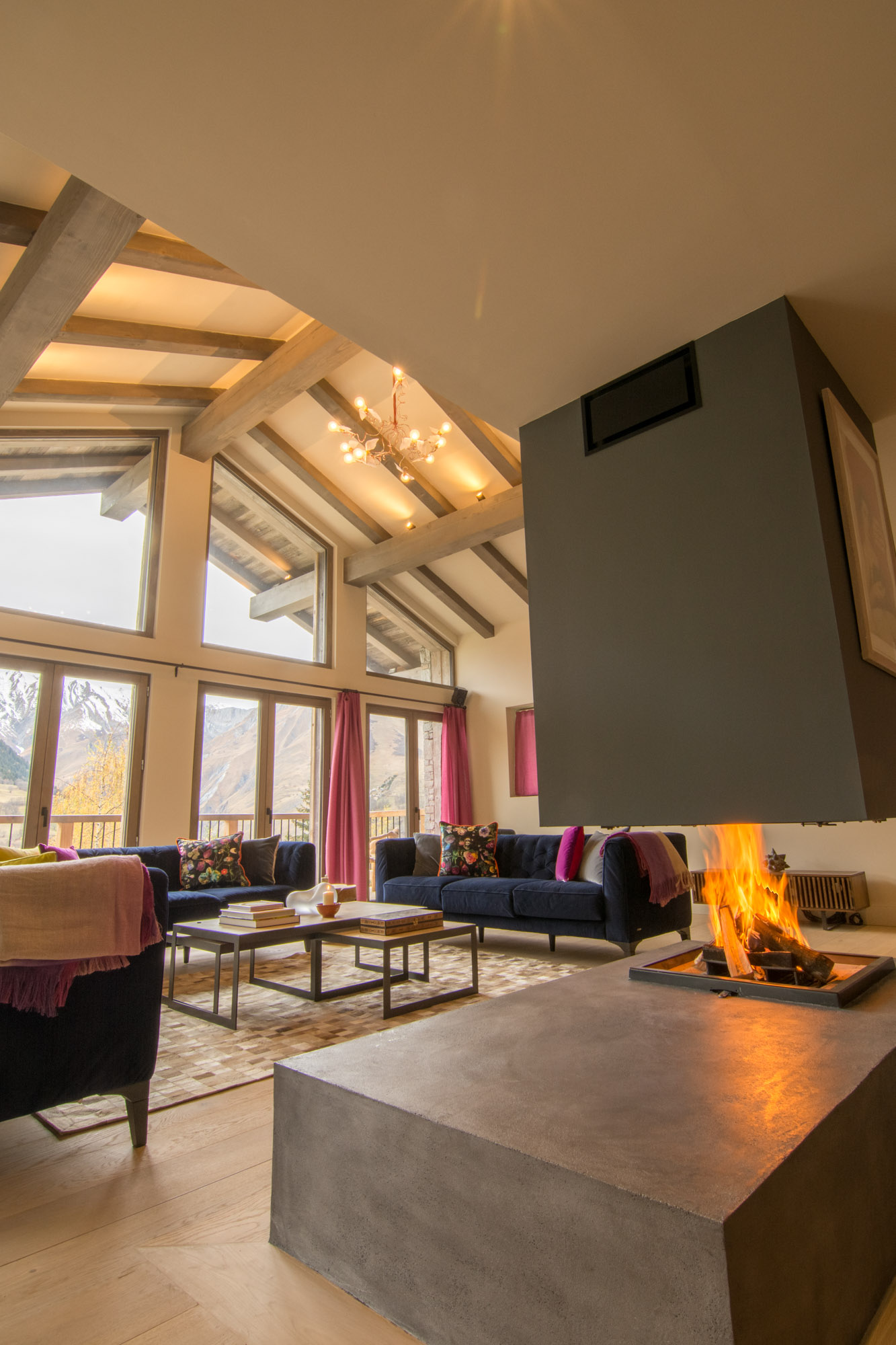 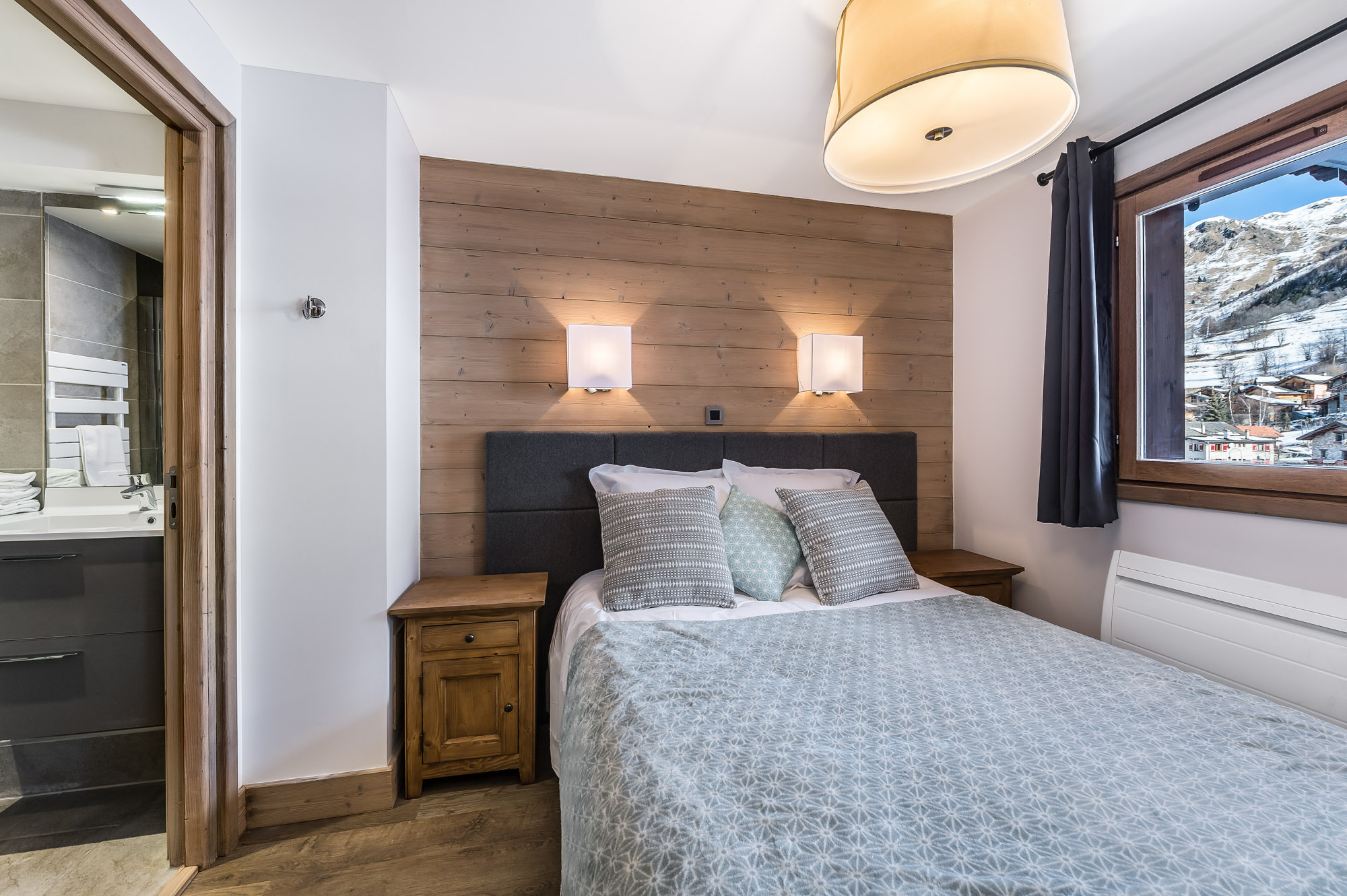 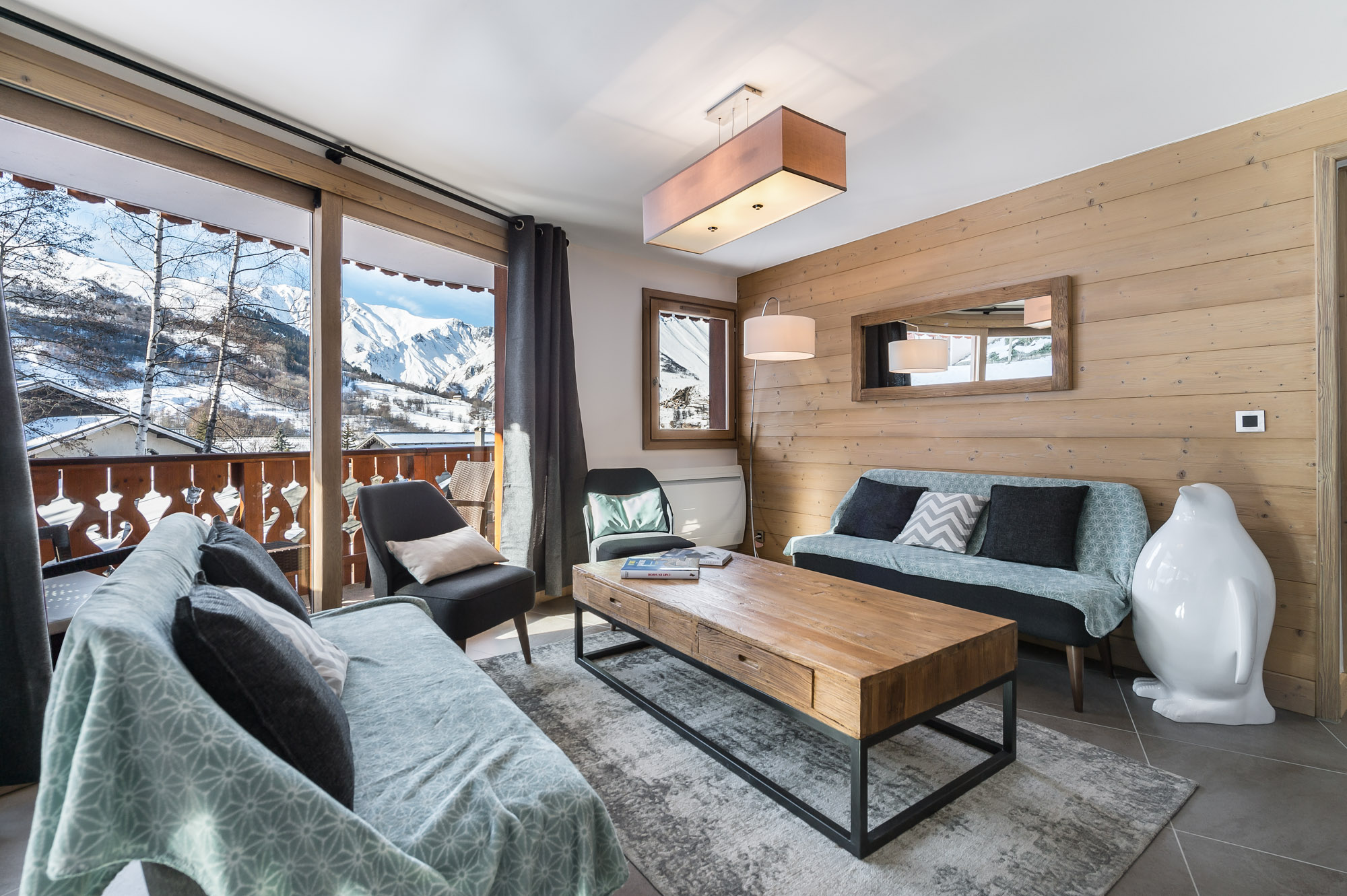 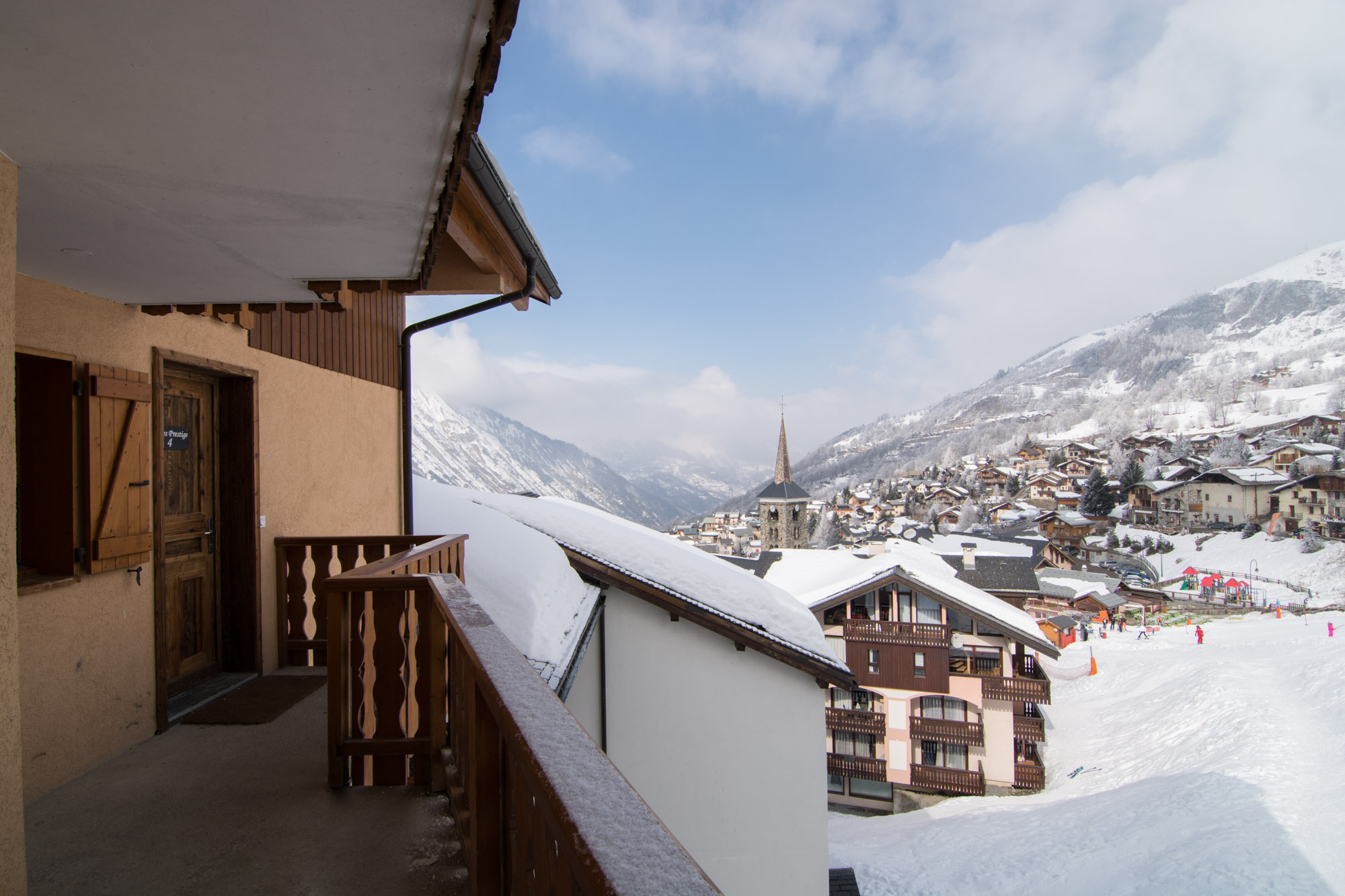 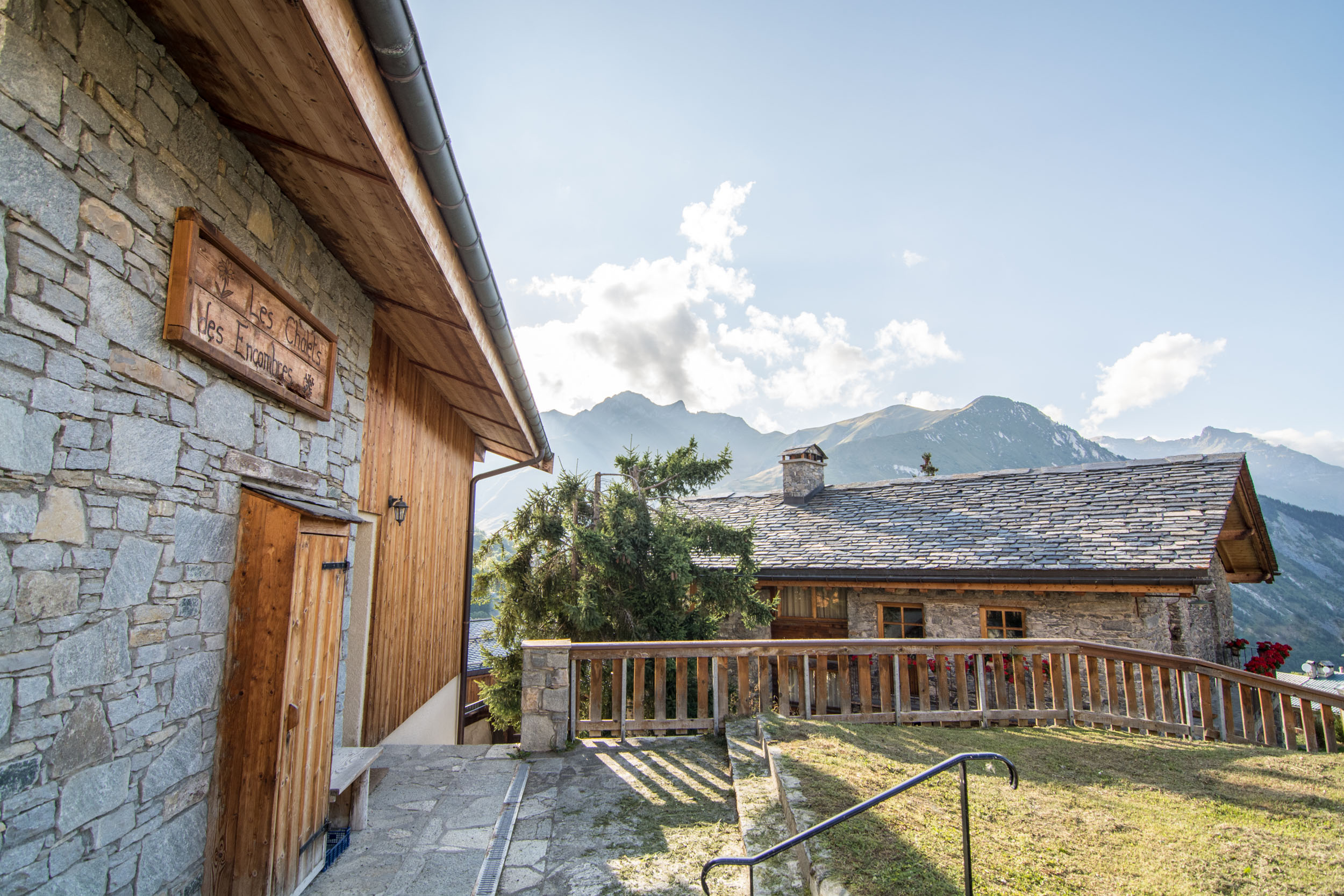 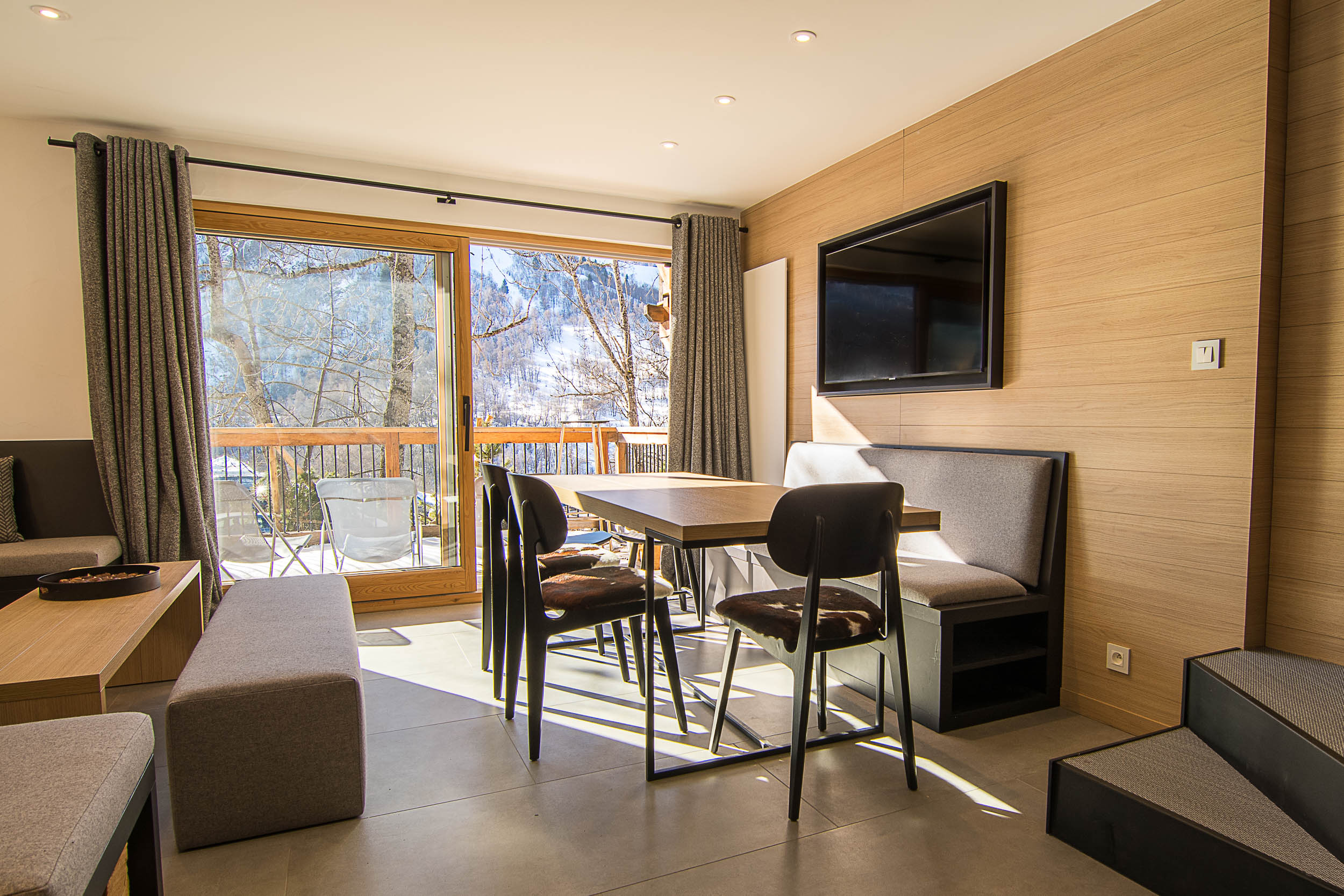 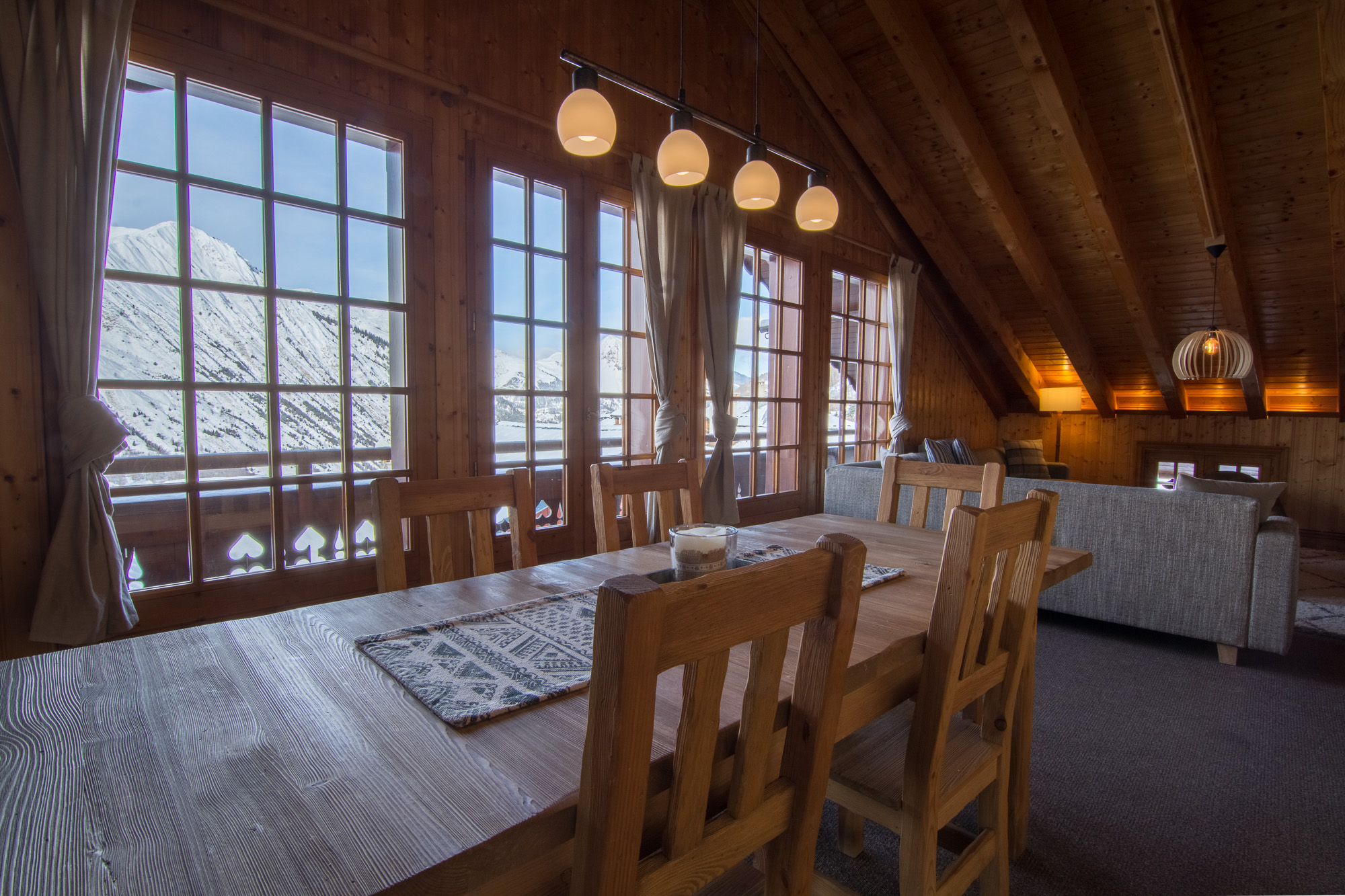 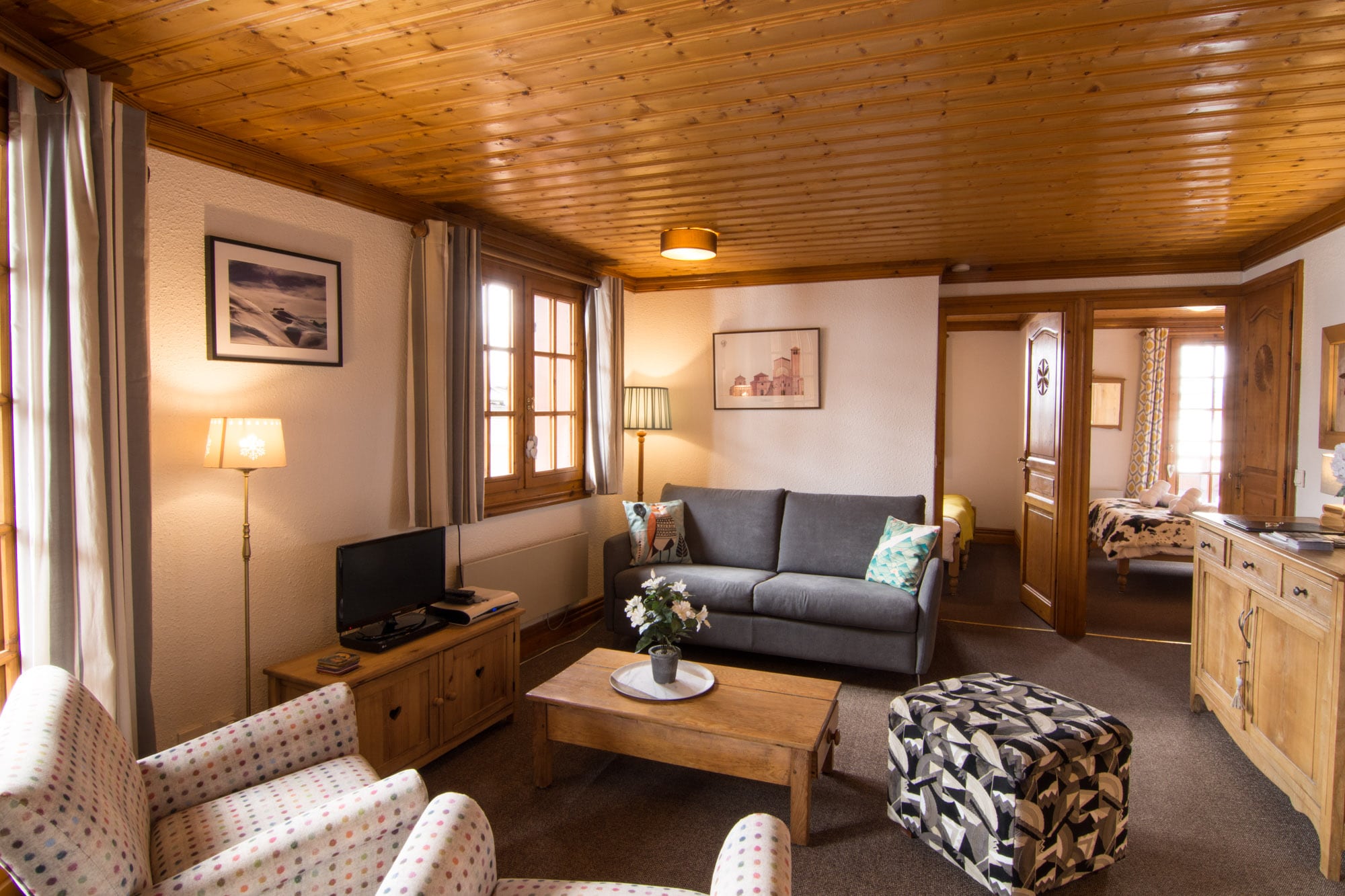 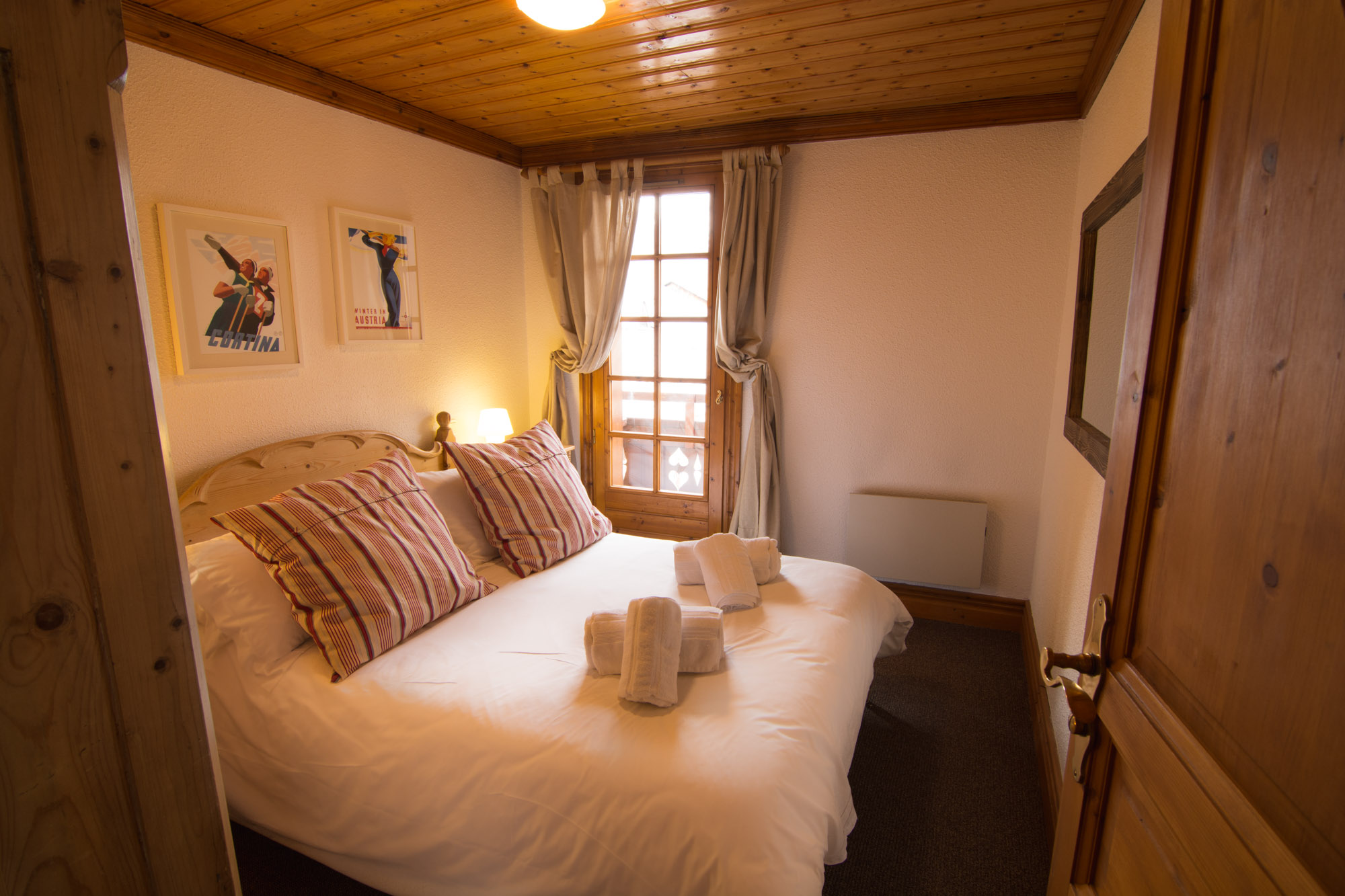 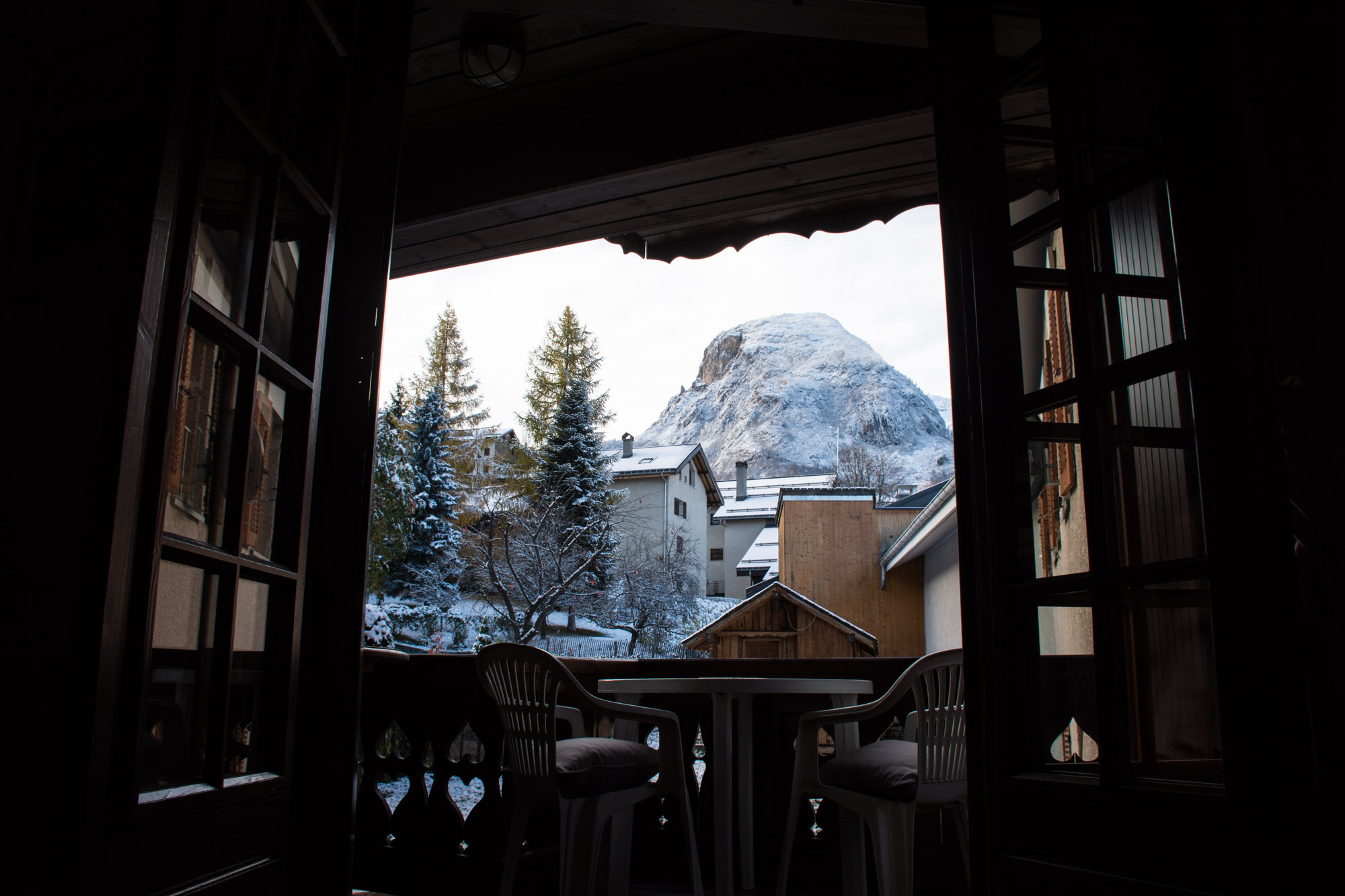 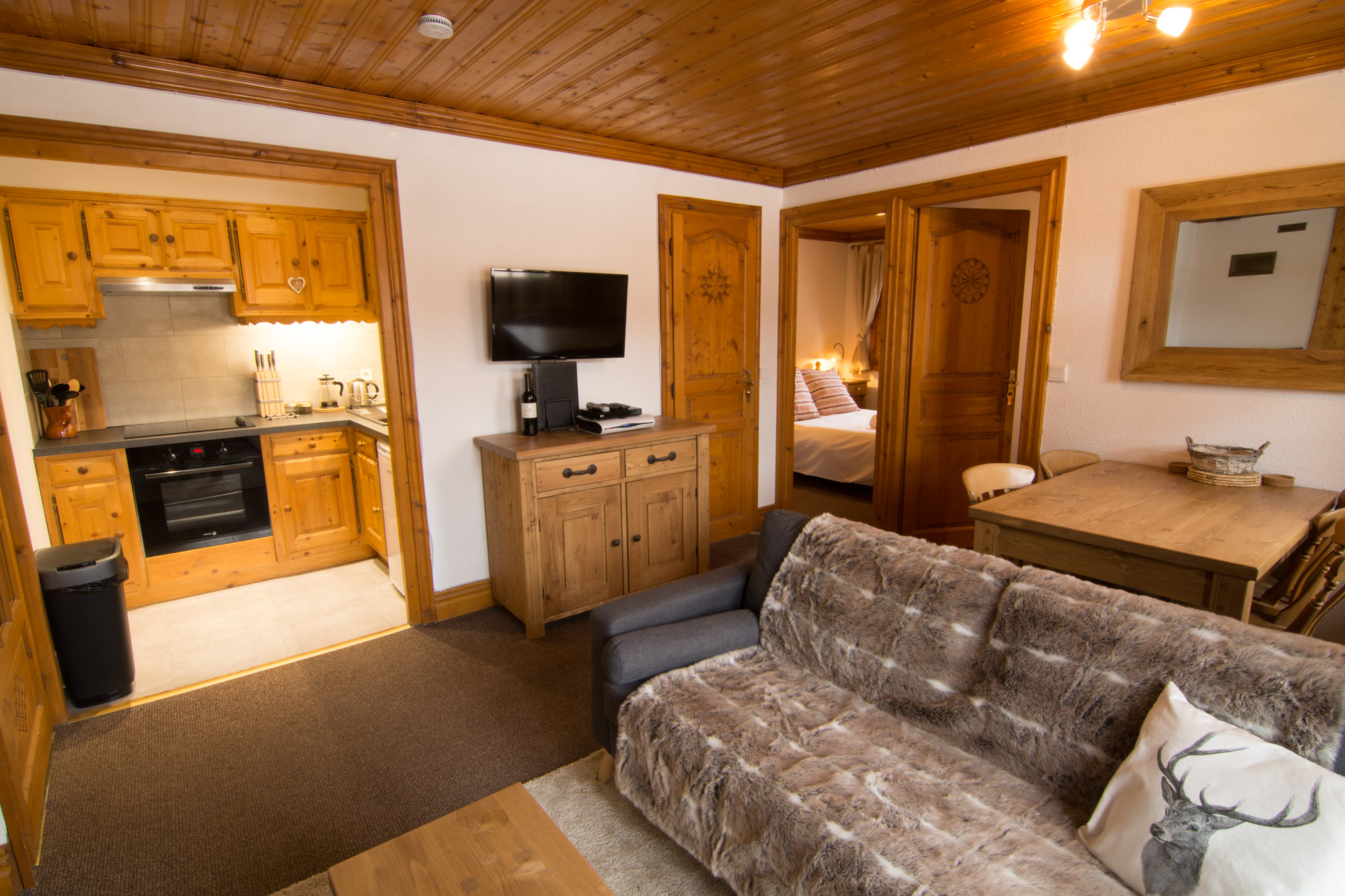 View all our Chalets

Simply get in touch

This website uses cookies to improve your experience while you navigate through the website. Out of these cookies, the cookies that are categorized as necessary are stored on your browser as they are essential for the working of basic functionalities of the website. We also use third-party cookies that help us analyze and understand how you use this website. These cookies will be stored in your browser only with your consent. You also have the option to opt-out of these cookies. But opting out of some of these cookies may have an effect on your browsing experience.
Necessary Always Enabled
Necessary cookies are absolutely essential for the website to function properly. This category only includes cookies that ensures basic functionalities and security features of the website. These cookies do not store any personal information.
Non-necessary
Any cookies that may not be particularly necessary for the website to function and is used specifically to collect user personal data via analytics, ads, other embedded contents are termed as non-necessary cookies. It is mandatory to procure user consent prior to running these cookies on your website.
SAVE & ACCEPT
×

Send us a message via 'WhatsApp' - Our business WhatsApp number is +44 7593 817718 or alternatively send an email to nadine@sc-stmartin.com 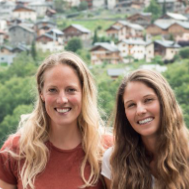 Jess and Nadine
× How can we help you?
Loading Comments...